When I saw that it was going to snow in my home town recently, I was very excited, as were all of my friends. It doesn’t snow that much in England and it didn’t snow AT ALL where I lived in Australia because it wasn’t cold enough. So last Thursday my friends and I couldn’t wait until that night because it was going to snow! In assembly at school, one of my teachers said that school may be closed the next day if there was too much snow, which made us even MORE excited!!

That night, as I was doing my homework, I heard my Dad say “It’s snowing!” and I ran to the front door and jumped outside. The snowflakes started small but then they got heavier and heavier, until I got too cold and went back inside the house. The snow on the ground got really thick, but we could still drive so we went out for dinner and saw that everywhere was covered in white!

When I woke up the next morning, there was still snow everywhere! It looked amazing because my whole street was white! Unfortunately, school was not canceled but our drive to school was so cool because it looked like a Winter Wonderland! I arrived at school a bit later than usual because of the snow, as did everyone else.

At school, between lessons, we had mini snowball fights! I forgot my gloves so my hands got really cold, so next time I must remember to bring them. At break, I had a big snowball fight which was SO much fun, and at lunch we went sledging using bags because no one brought in any sleds. I had SO much fun in the snow with all of my friends and I hope it will snow again! 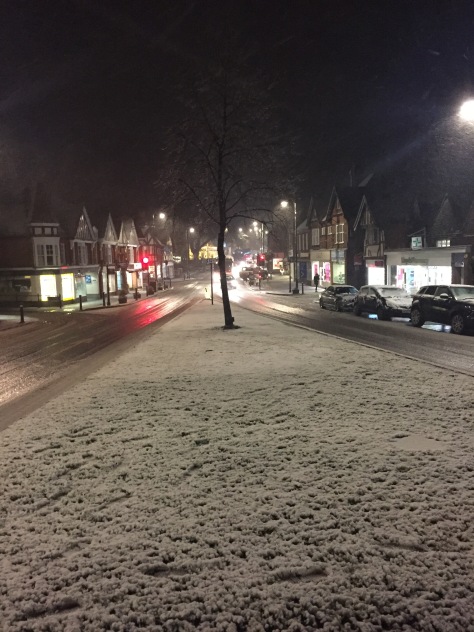 The snow is starting to settle… 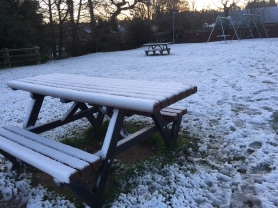 Not a good day to have picnics! 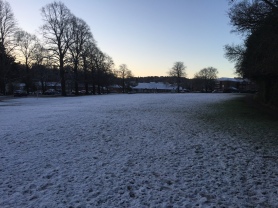 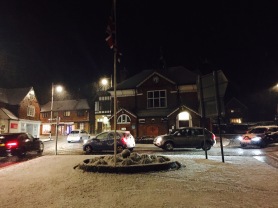 Snow in the village!